The 2020 Prophetics Professional Mentorship Union is
a collective that unites the greatest minds, mantles, and experts, to answer world events and solve Kingdom issues. 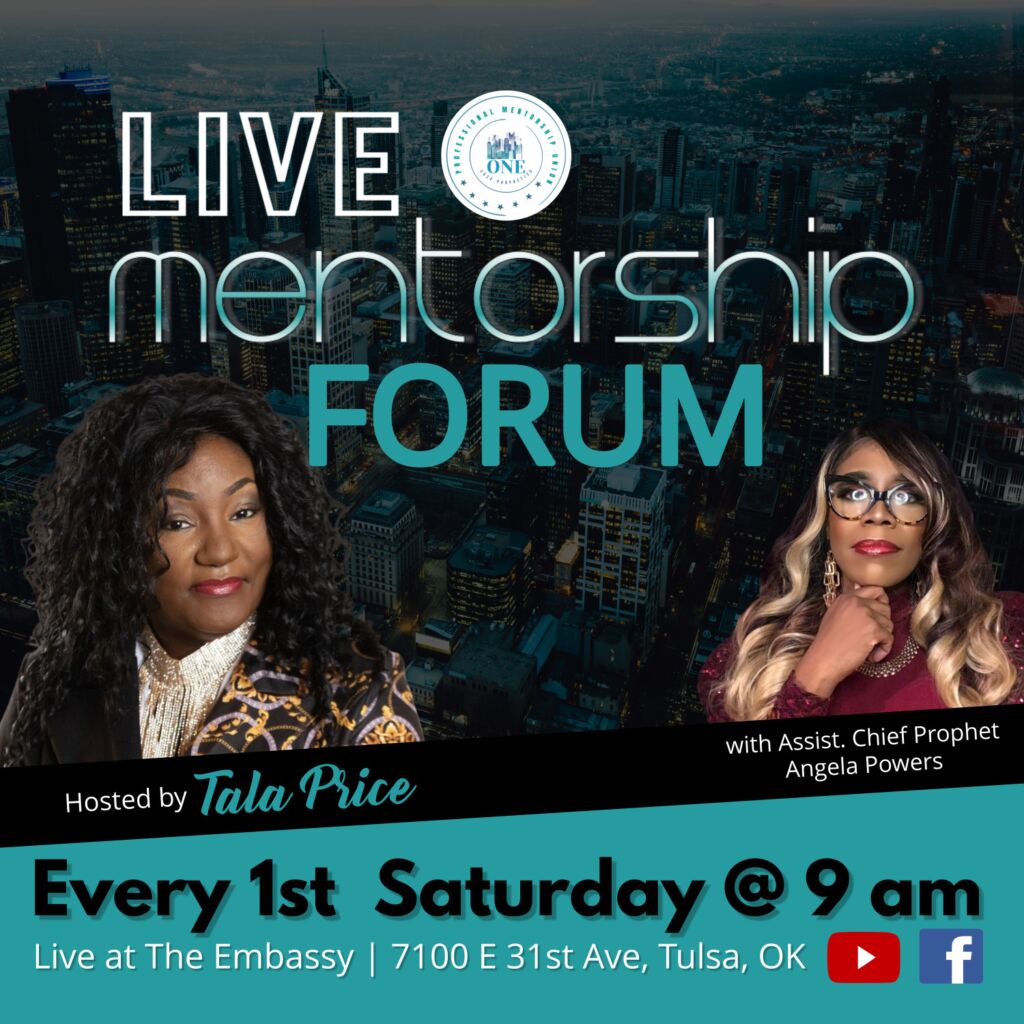 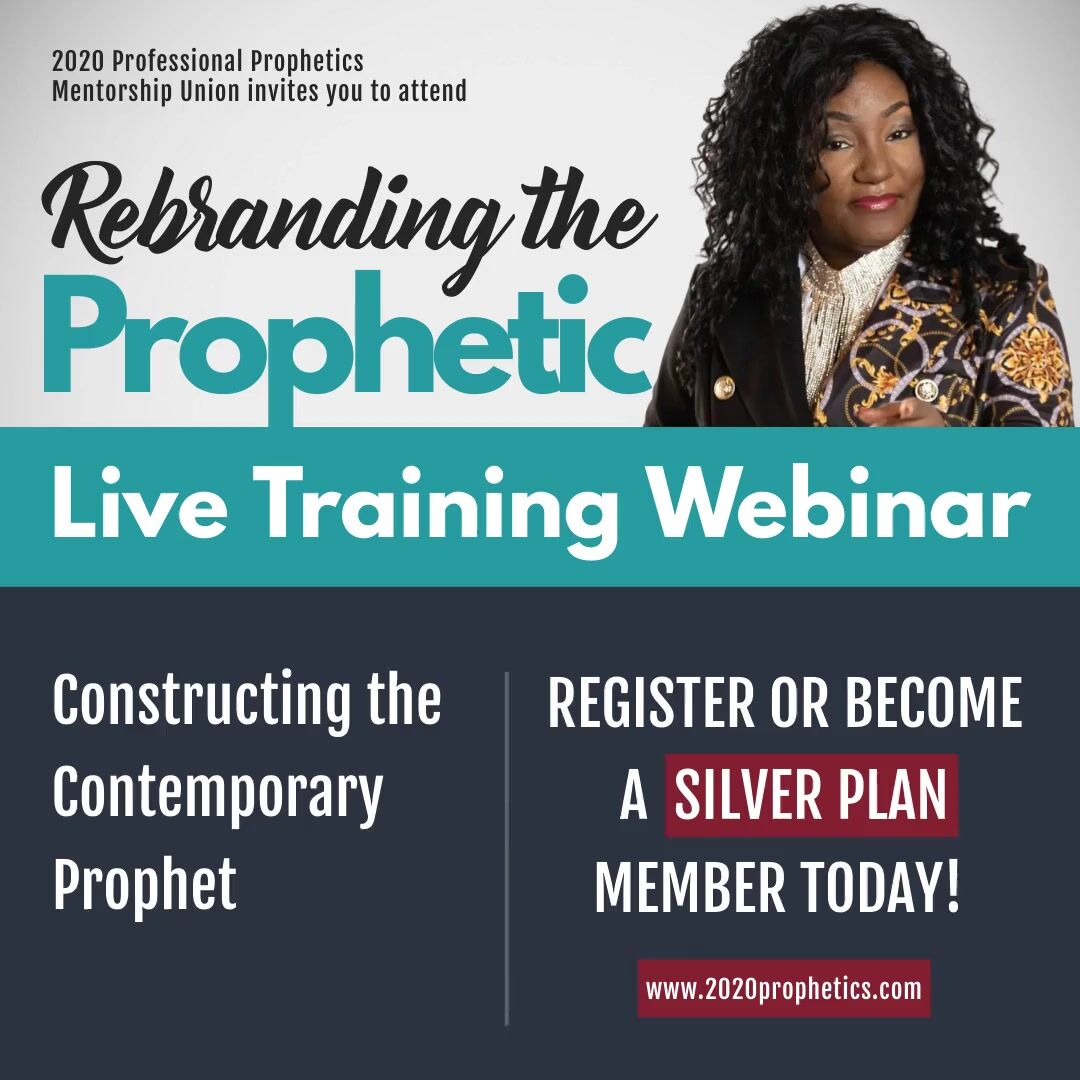 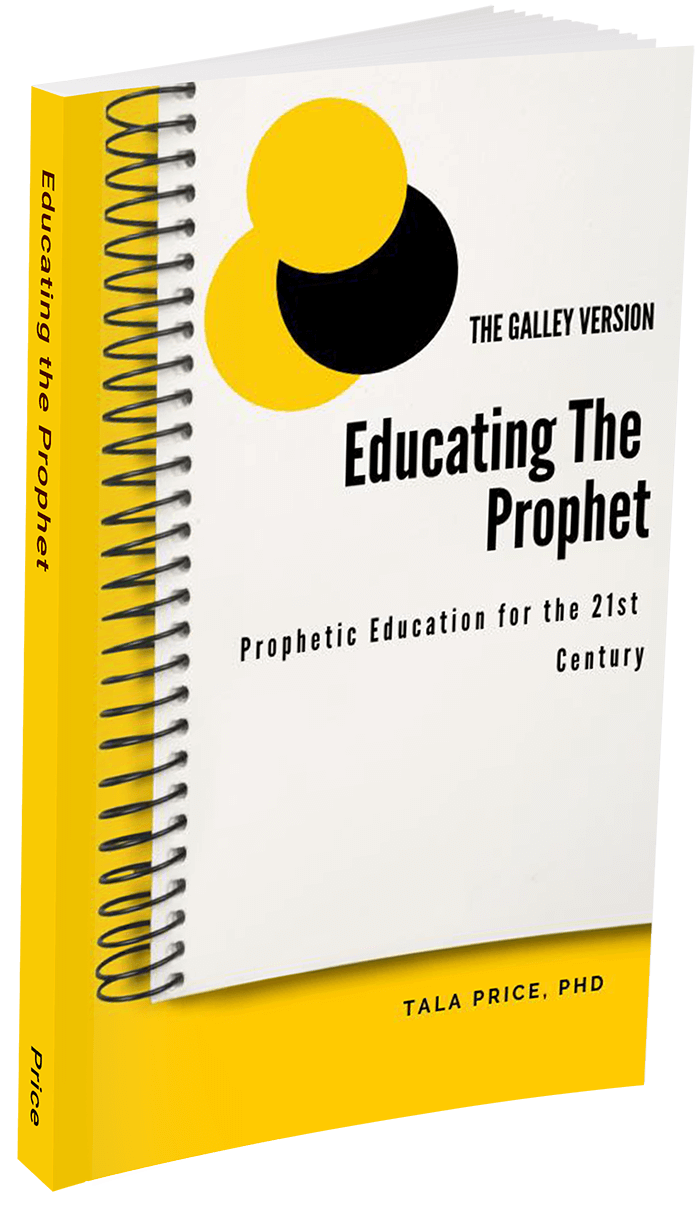 Does education make a difference in modern-day prophetic ministry?

The essential question this prospectus asks and answers in its product is the difference education can make in modern-day ministry.

The first union objective is to gather prophetic people who understand the importance of our “collective” responsibility for the reputation of this ministry function in the public eye. You have often heard me say and continue to say the prophetic is not just an ability or a singular calling, but an interconnected “whole.”

We have to be willing to converse, confront and combine our efforts in the restoration of its legacy and impact in the planet for the Lord.

Tackling the issues, establishing professional protocols, practices and protections is what lies ahead for the union.

DOES EDUCATION MAKE A DIFFERENCE IN MODERN DAY PROPHETIC MINISTRY?

The essential question this prospectus asks and answers in its product is the difference education can make in modern day ministry. Dr. Paula Price states “that education is the one area that touches every aspect of society, and nothing can exist without it.”

For those who enter this call there has to be a method of “knowing.” How to know becomes the crux of the debate between education and inspiration. Should prophets be moved to act just on their private and subjective spiritual experiences or submitted to a process of authenticating and verifying their supernatural interactions using historically proven methods applied by our biblical predecessors?

This is not just another network where prophets will gather to connect, socialize, get speaking engagements, and share prophecies. It’s a collaborative educational mentorship convergence designed to empower prophets to transform the world through this vital ministry position.

This is also not a “spiritual covering” umbrella institution. Although we will encourage members to pray and support the ministries of those involved, it is not specifically structured to provide or replace a spiritual covering. Members of this union are joining to build and cultivate themselves as professional, public ministers, and responsible prophets or prophetic types.

2020 Prophetics is birthed out of a need to restore, preserve and protect the reputation, function and purpose of the prophet’s office and ministry to the body of Christ and His Kingdom. When the first thought that enters the public’s mind about a prophet is “false” “charlatan” “snake” or “whacko”, we have a severe image problem.

This sacred position was not started to be a public spectacle but rather a conduit for the Lord Jesus Christ to maintain communications, control, and power of His creation. From Abel until now, He has relied on these specially endowed individuals to be His voice, His manifestation, and his enforcers in the planet. They are the distinction that separates him from other gods, unclean spirits, and profane behavior perpetrated by His fallen adversaries.

By sheer spiritual and divine constitution, we are God’s dividing line. Our job is to separate, sanctify, hallow, and glorify Him among the heathen and the unholy angels. We distinguish his voice from these rebellious spirits, as Jude says: “who kept not their first estate.”

Instead, they assume God’s role as imposter deities, deceiving some and confusing others about who God really is. God permits it to be, so that only those who have been ordained to Him as ones “born of His spirit” would come to Him at the sound of His voice. Not only His voice in heaven but on earth through the mouth of His Holy Prophets.

We exist to let the righteous know who are the souls of men and women subjected to darkness in Eden in hope of restoration and reconciliation back to their Creator, Lord and Savior Jesus Christ, where He is and how to find Him.

Prophets serve as guideposts, road signs, and street lamps to steer people back to their rightful place with their Father in heaven. When the light is turned on, it, by default separates the darkness. It opens blind eyes and causes people to see, not us, but the God who operates in us and through us.

This cannot be so if we don’t solidify our divine purpose, and eternal motive for existing. Hearing from God does not grant us our uniqueness. It is “why” He chooses to communicate with us and through us that becomes the specialty.

He does so because not only are we built for it from the womb, but also because we can be trusted with His words and messages as guardians, faithful custodians who will not pervert His nature among creation, glorifying His enemies with power, grace, anointing and signatures He provides.

He does not speak because He wants or simply needs to be heard, but to ensure His righteousness, holiness, truth, and authority are maintained in the planet and not overrun by darkness.

His hope for us is to have an institution of trustworthy and honorable vessels who are wholly dedicated to Him and His will for the earth that will not speak just what they hear but counter what is being said from the realms of darkness as a means of frustrating, deceiving, and converting the souls of men as unauthorized voices swaying His world. Many spirits have already gone out, as we are told in 1 John 4.

As God representatives, We are here to represent the “God option.” It’s not about eliminating the other spirits but showcasing the difference of the “Holy” spirit from all that has proceeded His global entrance into the planet. It’s what makes God not like the other gods that will cause Him to shine as the alternative.

What we do and hear should not mimic the world in any way so that His uniqueness can be preserved. This is why He chose ministers after His own heart who make certain He never gets caught in the shuffle. and His voice is never mistaken for His enemies. This takes love, care, concern, loyalty, allegiance along with knowledge, wisdom and understanding of who He is to accomplish.

Jesus was rare and uncommon that is why He was followed. Today, He must remain so in name, reputation, identity, action and representation.

This is an office of dignity, distinction, and due regard. To return it to such, we must take responsibility for our current state of affairs. What separates officers from gifters is their regard for the effects, outcomes, and consequences of their ministerial actions and behaviors as well as others. Their first thought is for the protection of the reputation of the King or sender and not themselves or even those they serve.

So when they see His name blasphemed and the character of His ministers disdained, they yearn to take action. Officers guard, preserve, restore, regulate, and perpetuate what they have been given to watch over.

What happens on our watch becomes our mutual liability whether we were directly involved or not for the simple reason that what is said about one prophet applies to all prophets because we share a title.

We may not share ministries, personalities, or even functionalities, but that one word unites us in spite of our effort to remain divided, and that is “prophet.” When people hear that term, what is conjured in their thoughts about it, is our communal duty to define, regulate, and disseminate with truth and accuracy.

A public who does not do our job, know our job, or even understand how we operate should not be left to shape this ministry position. Its ministers and practitioners should. It’s time for prophets to get on the front lines of ministry branding, imaging crafting, public perception building, reputation protecting, position defending, and error correcting our role in the Five Fold and service to the body of Christ.

We are NOT pastors. We are NOT evangelists. We are NOT teachers. We are NOT apostles. We are prophets and that classification has to be well established and discriminated for those who misunderstand our specific purpose in the Five and in God’s kingdom.

This is crucial in taking back the reins of our place and ministry function, which are presently being hijacked by our opposition, competition, and contradiction. Everyone thinks they have the right to describe who we are and regulate our calling. This must cease if we are to be effective to our Sender and beneficial to His public.

There is a reason each professional practice has a governing body or association. These not only supervise the practices of its professionals, but safeguard the public, assess and protect the practitioners, and determine how the public entreats their service to it by letting them know the standards, policies and procedures under which they operate. This is for the conservation of all involved.

No such thing currently exists for prophets. Consequently, they are an unprotected, discarded, exploited, and mistrusted group forced to make it up as they go long and try to survive the terrain of their calling. No recourse when things backfire. No support or advocacy when they are publicly humiliated. No standards when they are asked to defend their credibility. No education when they encounter things beyond their understanding. No place to go after being ousted because of conflicts, setbacks, or even failures.

We cannot change and improve what we are not in control of. As long as the public calls the shots on who and what prophets are and we are beholden to them for our affirmation, our ministries will remain a hairs breath away from destruction.

The answer is not vain arguments and worthless debates with those that may or may not be informed of the nature of our service to God. The answer is education, identification, and unification in how we present ourselves as prophets universally. This must be so contiguous that no matter where a person goes to receive prophetic ministry, the experience is equivocal, bearing the hallmarks of our legendary predecessors.

2020 Prophetics is a union designed to achieve that express goal. We exist to guard the office and ministry of the prophet in name, duty, and reputation.

Our goal is to take the prophetic beyond prophecy, personal ministry and private devotion to a globally and credibly recognized agency for the Lord Jesus Christ. The primary outcome is to take the idea of the “prophet” from being an individual to an institution and from an institution to an industry of highly skilled and trained professionals capable of meeting the needs of a vastly changing world on all levels from ecclesial, to national, and from congregations, to kingdom communities. 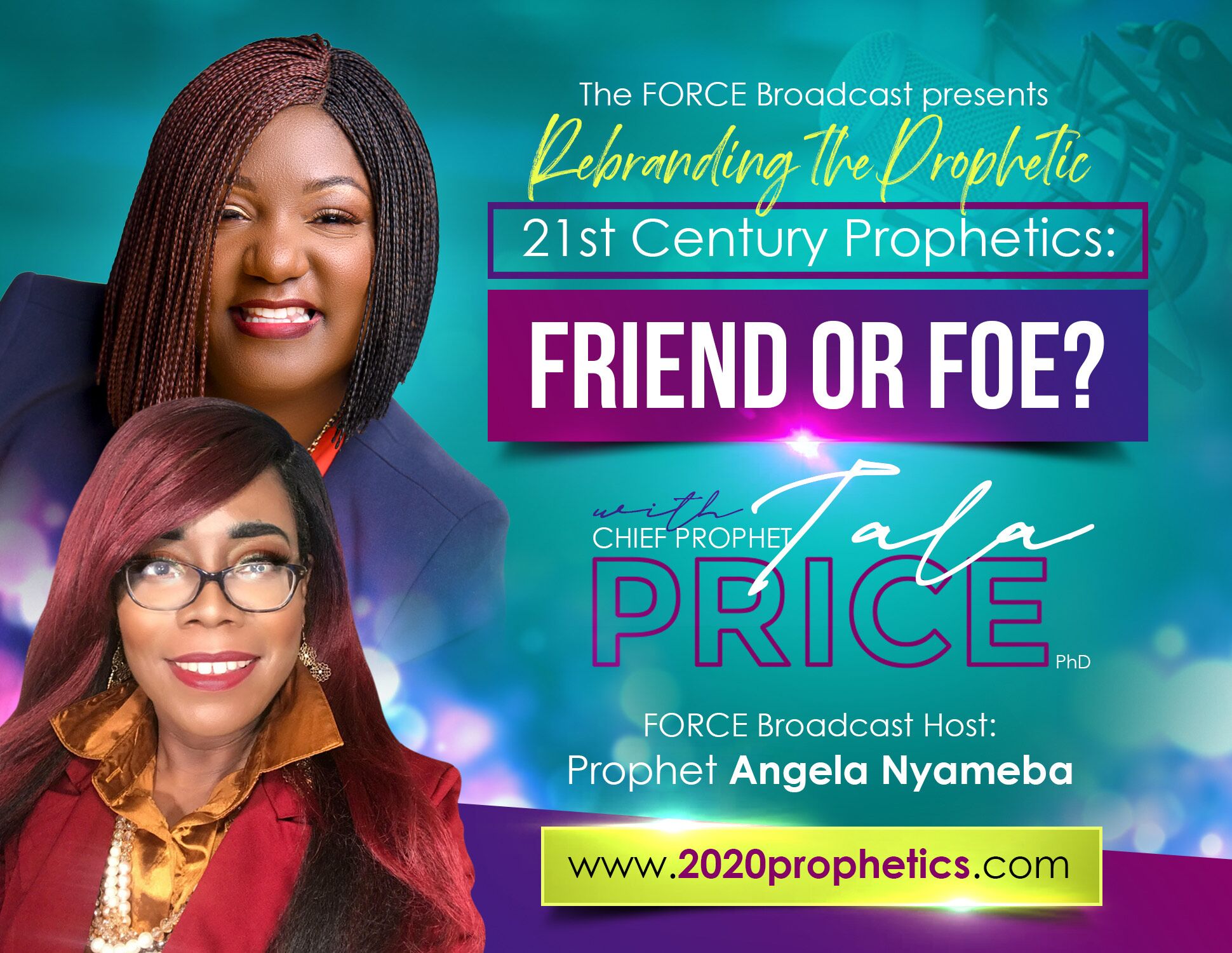 Good for those who are curious and demonstrate general interest in the prophet.

Good for those who want to know and understand how the prophetic works in general.

Everything from Follower plus

Good for those who are prophetic and learning for ongoing professional development.

Everything from Insider plus a monthly educational and mentorship webinar.

Good for those who are prophetic and learning for ongoing professional development.

Strategic collaboration
with select members, who will contribute to 2020 Prophetics’ content and network development.